The Most Toxic Pollutants in the World

Pollution, being a widely used word in the new era, it is very dangerous too. We have gone through what pollution is, it causes and effects and also the different types of pollution. While going in detail to different topics such as air pollution, soil pollution, water pollution etc, we were coming across different substances that cause pollution. Such substances are called pollutants. Here, we shall learn about the most toxic pollutants in the world. It may be surprising to get to know a few pollutants.

Carbon dioxide is one of the trace gases found in the atmosphere. It is about 0.04per cent of the atmosphere. Even in this small concentration it plays a vital role in maintaining the temperature of the Earth.

Carbon dioxide is one of the major products released when fossil fuels such as coal, natural gas and oil is burnt. It is also a major by product in the burning of wood and solid waste. Its levels are normally balanced in the atmosphere by green plants and trees using the process of photosynthesis.

It is a greenhouse gas. It helps to retain the heat and radiation from the sun’s rays reaching the earth, not allowing the heat to escape.   Thus it causes the atmosphere to heat up. This phenomenon is called global warming. 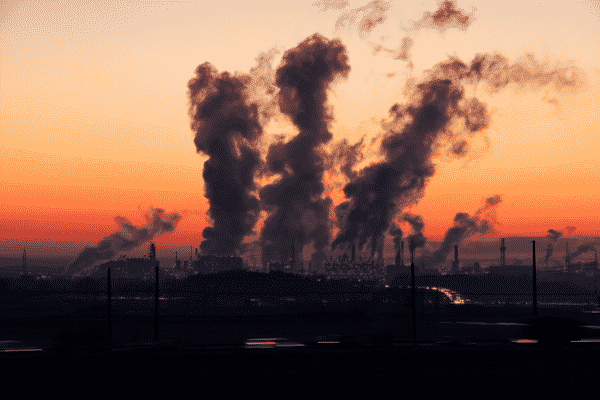 Natural occurring methane is very useful as a fuel for burning and is used in our kitchens daily. It is a greenhouse gas like carbon dioxide and causes the heating up of the atmosphere.

Plastic is an extensively used substance all over the world. it is made up of polymers and is of different types such as poly vinyl chlorides, poly acrylates, phthalates , etc. The pollutant feature of plastic is that it does not biodegrade i.e. it does not break down into its individual or simpler components. Large pieces of plastic only break into smaller fragments, sometimes as small as microscopic sizes. They are presumed to last at least 400-1000 yrs. before they degrade.

Plastic waste is carried by wind and water through runoffs and most of it ends up in the oceans and on distant places. It causes clogging of drains and when burnt, releases dangerous chlorine gas. As they break down in the oceans they release a compound called Bisphenol A which is very toxic to living organisms. Premature deaths, birth defects, lower lifespans, thyroid dysfunctions, allergies asthma and cancer is attributed to the toxins released. Plastic wastes contribute to the death of many animals and birds, destruction of delicate ecosystems such as coral reefs, destroying the beauty of scenic places.

Heavy metals are naturally occurring substances but they have been brought into close contact with humans through processes of mining, smelting,  fertilizer production, sewage sludge applications, etc.

Mercury enters the environment through the leaching of the soil by acid rain, coal burning, industrial, household, and mining wastes. In the sea it accumulates in the bodies of fish and enter the food chain. It causes damage to the nervous system and in pregnant women causes risks for the foetus. There is a debate that mercury found in dental amalgams cause toxicity but this is not yet proven.

Cadmium is found in nickel- cadmium batteries, released in cigarette smoke and used in electroplating. It causes kidney disease and affects bone structure.

Arsenic is found in herbicides, wood preservatives and mining industries. It causes damage to the skin such as hyperkeratosis, pigmentation and skin and lung cancer.

Major sources of nitrogen rich wastes are ammonia synthesis and nitrogen fertilizer industries, coal carbonization units and amine production units. Out of this nitrogen wastes accumulating in the soil due to excess use of fertilizers is very toxic to the environment. They runoff into bodies of water and by the process of Eutrophication destroy the ecosystem within it. This produces Dead Zones in ponds, rivers and even parts of oceans where no life form can exist.

Gaseous nitrogenous wastes are a constituent in the formation of Smog

The primary component of Smog, Ozone is produced when air pollutants mainly Nitrogen Oxides and Volatile Organic Compounds combine in the presence of sunlight. Ozone is a toxic compound which affects the respiratory system causing an increase in Asthma, Emphysema, Bronchitis, and COPD and lung cancer. It also causes eye irritation, reduces immunity making the body susceptible to infections, and heart attacks. There is reduction in lifespan and Alzheimer’s risk. Low birth weight and spinal birth defects are also attributed to ozone pollution.

This gas is released during the burning of fossil fuels by power plants and other industries. To a lesser extent this gas is released while extracting metals from ores, in locomotives ships and other vehicles. When substances with high content of sulphur is burnt, sulphur oxides are released.

Sulphur reacts with other molecules in the air to form particulate matter. These cause respiratory problems. Deposition of these particles on stone and other building surfaces lead to staining and damage.

Sulphur dioxides molecules in the air react with water vapour and form small droplets of dilute sulphuric acid. When it rains or snows, the rain brings down the acid and this is called Acid Rain. This causes the acidification of soil on the land or of the water in the bodies of water. When the chemical constitution of the substance is changed, there is an effect on the fauna and flora living in it. Plants and foliage are ruined. Fish die, so do some species of frogs.

There are natural and manmade sources of radiation. Cosmic radiations from the sun’s rays have high energy electromagnetic radiation and reach us constantly from outer space.

Mining of Uranium releases Radon-222 gas into the air. Radium-226 is present in rocks, sediments and soils and emits a small amount of background radiation.   Other naturally occurring radioactive elements are Uranium, Thorium and Isotopes of Potassium and Carbon.

Manmade sources of radiation are

Genetic and non-genetic damages are done to the body. Genetic damages means mutations in gene structures which are visible as deformations in the future generations. Non genetic changes include birth defects, different types of leukaemia, tumours, miscarriages, and fertility problems.

These are benzene(gasoline), toluene, perchloroethylene (dry cleaning facilities), methylene chloride (used as a solvent or paint stripper), asbestos ( in building materials) and others causing air pollution

The leather tanning industry causes ground water contamination in several countries because of the inappropriate disposal of untreated effluents discharged during various processes of tanning. In this Chromium, Hydrogen sulphide, Ammonia, pesticides, pathogen and fat constitutes the  prominent pollutants.

Processed foods industries also add a lot of preservatives and additives to foods to make them have longer shelf lives. Colouring agents and artificial sweeteners are not safe for anyone.

The lists above are not inexhaustible and many pollutants are not discussed here. Keeping oneself aware of the various industries and processes occurring in one’s neighbourhood will bring an understanding of the various chemical and harmful toxins that one is exposed to.

Remembering the old proverb, “prevention is better than cure” is very applicable in today’s context.  Reducing, recycling and reusing should be our mantra. Growing a small vegetable garden and avoiding chemical laden processed foods will help build natural immunity.