What is a Battery?

A battery is an electric cell that produces energy or electricity due to the occurrence of a chemical reaction in it. In 1748 Benjamin Franklin used the term “battery” to explain the array of charged glasses. By 1800, Alessandro Volta invented voltaic pile for generating electricity with disc of zinc and copper.  Fuel cell was developed by William Robert in the year 1839 by combining hydrogen and oxygen to produce electricity.  By the year 1840, liquid electrodes were used in batteries. A French scientist named Gaston Plante developed the first lead acid battery which is commonly used in cars even today. Dry cell batteries were developed in the year 1881 by Carl Gassner. By the year 1899, nickel cadmium batteries were invented by a famous scientist named Waldmar Jungner. Thomas Edison invented alkaline storage battery in the year 1901 which used anode material as iron and nickel oxide as cathode material. The introductions of solar cells were by a few scientist named Calvin Fuller, Daryl Chapin and Gerald Pearson in the year 1954. 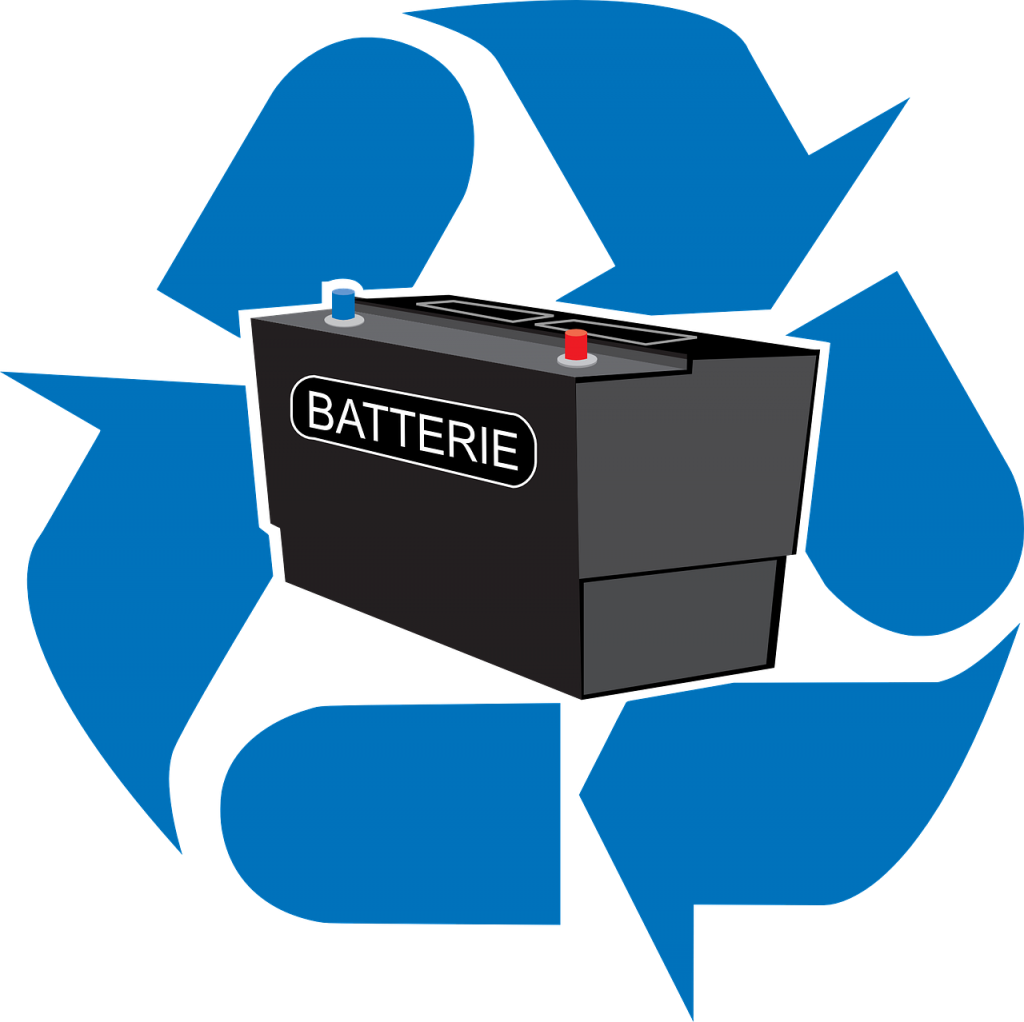 STEPS IN BATTERY RECYCLING OF TYPES OF BATTERIES

Alkaline zinc and zinc carbon batteries can be completely recycled. First these batteries are dismantled and sorted according to their type.  They are sorted into three parts namely steel, plastic and zinc/manganese. All these are separated and taken to the recycling centers where they are used to make new batteries.

All the above mentioned types like lithium ion, nickel hydrate and lithium cadmium batteries can be completely recycled. First the plastics are separated from the batteries. The other components are reused for recycling. The metals are smelted through a process named HMTR (high temperature metal reclamation). During this process, certain metals like nickel, manganese, iron and chromium are recovered through a process called hydro-metallurgical and pyro-metallurgical processes. The recovered items are taken to the recycling units and reused for the production of new batteries.

The lithium batteries are initially hammered so that the inner battery components are released. Now the next step is to remove plastics. The inner battery parts are shredded. These tiny bits are now dipped in water so that the electrolytes are neutralized. Now the metals containing iron and not containing iron are separated. Later on these are given to recycling units. The remaining like lithium gets converted into lithium carbonate that is commonly used for making aluminium foil.

Mercury batteries are highly toxic in nature. So they have to be handled with atmost care with controlled temperature. The same process like hydro-metallurgical and pyro-metallurgical is used in a very controlled manner for the extraction. Once the mercury is eliminated, it can be further used to for the manufacture of new batteries, florescent lighting, dental amalgams and other metric instruments. But over the years, the mercury battery manufacture has decreased considerably because of a threat to the environment. Certain countries have even banned the use of mercury batteries.

Battery recycling is a very beneficial process as it has a positive impact on the environment as a whole. In this modern era, recycling is essential considering the scarcity of resources. Recycling is the only option remaining to reduce the effect of pollution. More technical advancements should be made in this area so that recycling improves the quality of the goods. Incentives and attractive schemes should be provided by the government so that more people will be encouraged to start recycling units.  Awareness programs should be conducted among people so that more people will be aware about the methods, benefits and quality of recycling. So thus to conclude, recycling is the best way to save earth from battery pollution.