What is ozone layer, how it is formed, causes and effects of ozone depletion and methods to prevent it

What is Ozone layer? 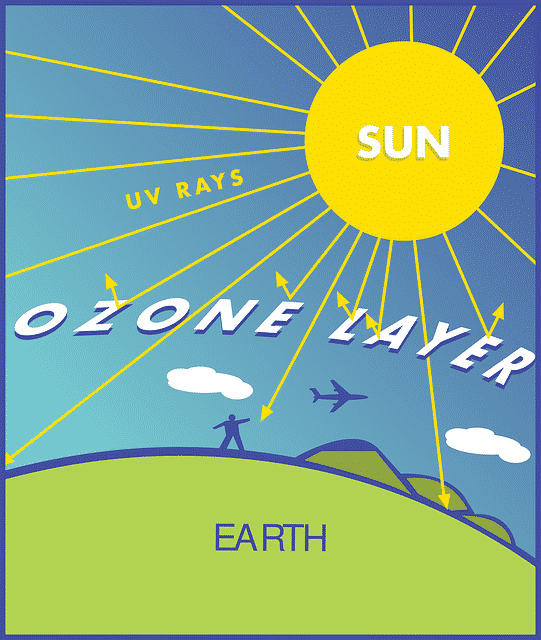 The ozone layer was discovered by 2 French physicists named Henri Buisson and Charles Fabry in 1913. The ozone layer is concentrated in stratosphere. Ozone is a molecule that contains 3 oxygen atoms. These molecules are continuously formed and destroyed in this layer. This ozone layer acts as a blanket to prevent the harmful ultraviolet rays from entering the earth. This layer is made up of other atmospheric gases like nitrogen, oxygen and argon but significantly higher concentration of ozone. Lower traces of other gases found are carbon dioxide, neon, helium, methane and manmade chlorofluorocarbons or CFCs. The ozone layer is the lower layer in the stratosphere and begins at an altitude of 9 miles and stretches upto 21 miles.

This layer is naturally formed in stratosphere. An oxygen atom reacts with an oxygen molecule to form ozone. This happens when there is high energetic solar radiation through a process named photolysis. The molecular formula for ozone is O3. Most of the ozone is formed above the equatorial belt because the solar radiation is high here. The ozone layer varies with latitude and season and weather. As per the study, ozone layer is highest in Siberia and Canada and lowest near the equator. Ozone is also formed from combustion of vehicles.

OZONE DEPLETION AND ITS CAUSES

Life exists on earth because of ozone layer. This layer protects the earth from the harmful UV rays of the sun. As per a recent study, scientists have deeply explored variations in this layer and its depletion in larger amounts in the poles which is commonly termed as ozone hole. This is considered as one of the major issues affecting human existence. Some of the causes are listed below:

EFFECTS OF DEPLETION OF OZONE LAYER

HOW TO SAVE THE OZONE LAYER: Measures to prevent depletion

To conclude, the ozone layer is a most important layer for the existence of the earth. So it is very necessary to understand the importance of this layer that acts as a warrior to the earth. This is worldwide concern that has inversely affected the area around the Antarctic. This is mainly because of the low temperatures here which aggravates the reaction of chlorine with the ozone to destroy it. The destruction has geared up to 65% which is commonly called ozone hole. In many other regions the deterioration is about 20%. But the good news here is that the ozone layer can be saved and it can be repair itself over a period of time. If all the ozone depleting chemicals like CFC’s, Halons and all other products are banned completely then the repair of the ozone hole is possible. Scientist believes that if all these measures are followed then by the year 2050 the ozone layer will return back to normal. So let all of us take a pledge and work together for a noble cause “Save the earth”.