List of top 9 countries with low pollution rate on air, water, light etc & how they succeeded

Many countries have taken initiatives for pollution control and environmental enhancement, which results in them holding places in lists, naming them as successful in preventing pollution. Their reward is a healthy environment for their people to live and work in. Let us discuss about nine countries with low pollution rate or air, water, light etc.[ As of 2017 ]

But it is very rare for a country to be able to score highly on all parameters which may include air and water quality, biodiversity, use of pesticides, other agricultural practices, marine area protection etc. It is possible to lose out on a high score by being lax in an area of concern.

Some countries are blessed with massive forest covered areas and lower population density naturally having lesser pollution. Certain weather conditions and geographical topography are also attributed to reducing or increasing pollution in some countries.

Another factor is that it is difficult for a country with a developing economy to implement tough regulations on its industry. While a developed country with thriving industry can do so without fear of going bankrupt thus have better air quality.

The list below consists of countries that have implemented successful environmental policies and are seeing a turnaround in their pollution levels.

The air quality has improved in Finland due to strict air pollution control measures especially in the emissions generated by energy production, industry and traffic. Much of the air pollutants in Finnish air is also a result of long distance or trans-boundary transference by winds eg. from emissions of forest fires, neighbouring industrial zones.

There has been a successful reduction in acidification of land resources. To protect its biodiversity, protected areas have been set up. This prevents overgrazing by domesticated reindeer. Forests are Finland’s valuable resource and they have been successful in maintaining these alongside a successful timber industry.

Tourists are attracted to the beauty of Finland’s landscape and this is an encouragement for further environmental protection. But it shows its toll on other species such as the lake seals which suffer due to disturbances to their habitats.

Many polluted lakes and rivers have been cleaned up particularly near industrial areas. But eutrophication of the Finland’s inland waters and the Baltic sea will take time to resolve.

The cold climate of the country increases the demand for energy -Production of energy is facilitated by a combination of using fossil fuels, recycling wastes from the timber and paper industry and nuclear energy. The aim is to increasingly shift to using renewable energy resources of wind, water and geothermal energy.

Iceland is a sparsely populated country with much of its land uninhabitable due to volcanic activity. Its economy is highly dependent on fisheries and exports of seafood. Hence maintaining their marine resources in a sustainable manner is a priority. It has the cleanest water resources in the world. They are active in the call for preventing pollution and the protection of oceans, especially on the issue of persistent organic pollutants. 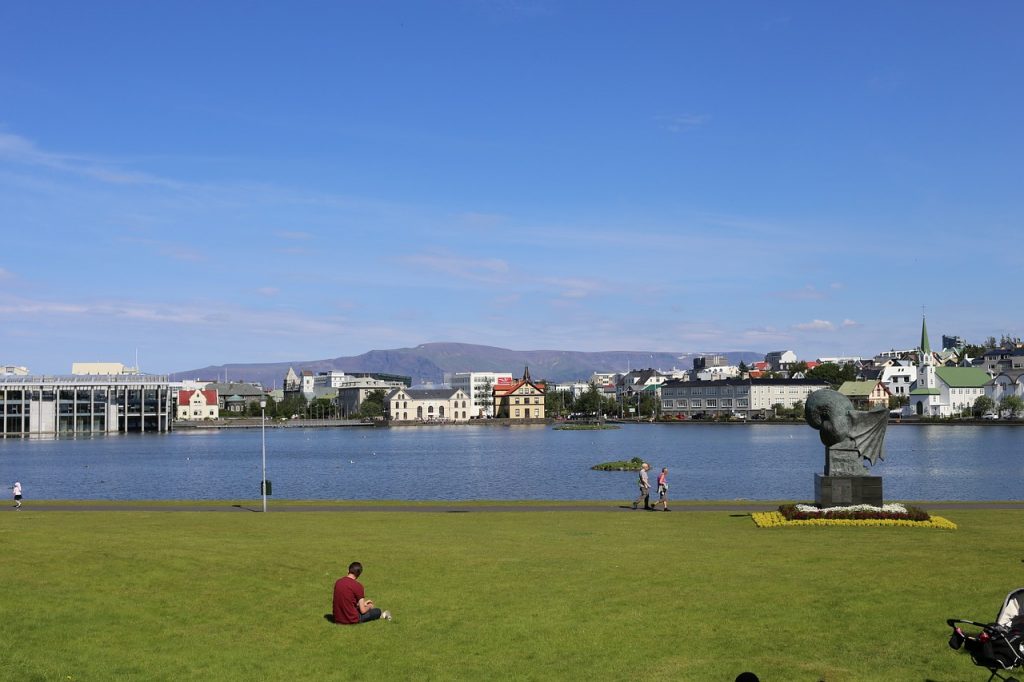 Iceland has some the few remaining large wilderness areas in Europe. Their energy resources are mainly hydroelectric and geothermal which are clean and renewable. Improved planning is required to reconcile nature conservation and the pressures brought about by development especially in the tourism sector.

An area where Iceland is struggling is the loss of vegetation through wind erosion. The Icelandic soil conservation service is currently aims at the re-vegetation of at least 2 % of the land area.

The large scale use of natural resources, particularly oil shale and phosphates caused significant damage to the natural environment in Estonia, when the economy was centralized under Moscow. Since then the Estonian Environmental Fund was created. Since 1991,air pollution was controlled by means of economic instruments  such particulate emission charges, subsidies and noncompliance fees in addition to direct regulations on industry and energy sectors.

Since 2015 levels of nitrogen dioxide, ozone, particulate matter such as dust, pollen, soot in the air and precipitation of sulphates and nitrates have decreased steadily and reached accepted EU levels.

As per recent statistics, air and water quality is very high. Garbage disposal and waste management is good and urban areas have low noise and light pollution.

Sweden is a global leader in environmental protection. It has numerous forest reserves and slower population growth. Because of its strong conservation movement, 9.2 per cent of forest land is protected. 47% of their energy requirements are met from renewable sources. This is highest in the EU.

There are eight different governmental agencies working to achieve set goals by the year 2020 which range from unpolluted air and lakes, to protection of endangered flora and fauna. They have strict regulations that assess the impact of potential environmentally hazardous projects of a wide range of businesses. This has resulted in low levels of airborne pollution, clean drinking water and low emission of greenhouse gases. Its recycling and waste management procedures are well known.

But Sweden scores low in protecting its water resources. Chief among these is the eutrophication of the Baltic Sea and acidification of its lakes, due to continuous industrialisation and growth of urban areas, threatening the native flora and fauna. But work is in progress to turnaround these situations.

Norway has a successful fishing and whaling industry which is well regulated to maintain existing marine resources. They also have oil production industry which produces high levels of CO2. This is a more difficult sector to regulate since its economy is largely dependent on oil. Norway has perfect score in water quality, sanitation, ozone levels and airborne particulates. Hydro power generates 90 % of electricity

Ocean and air currents from the east and make Norway a vulnerable destination for air pollutants from neighboring countries. Hence they need to successfully work with other nations to control air pollution.

Norway tries to reduce its carbon footprint by assisting with reforestation programs in tropical countries and research and development of technology to reduce and recapture CO2 from the atmosphere.

New Zealand is known for its thriving dairy and meat industry. This attributes to increased greenhouse gas emissions. These sectors can also need development of proper waste management procedures.

Its marine resources are vast and valuable, supporting economic activities such as swimming, fishing, hydrocarbon exploration , extraction of mineral deposits, tourism and biotechnology. As these industries develop, Acts and Regulations are set in place to prevent abuse of the environment and maintain a thriving biodiversity too.

Austria is a mountainous land with half of which is covered by forests, a thriving agricultural economy and one of Europe’s most water-wealthy countries.

Strict legislation and enforcement of environmental policy combined with high environmental expenditure, has helped Austria to achieve their stringent air quality levels. Use of best available technology in industries and buildings, regulation of sulphur content in fuel, unleaded gasoline, and three way catalytic converters in newer vehicles are some of the means of achieving this.

The environmental policy of Switzerland seeks to utilize available space more economically and curb over extension of urban building zones.

Switzerland scores well in sanitation, water quality, forest health and pesticide regulation, but scores low in agricultural practices because farmers are forced to grow crops on every available slope and cranny of its mountainous landscape.

Construction and transport sectors are high emitters of CO2. But high performance filters and catalytic converters are installed in vehicles. Major development projects are monitored by specialists who advise contractors on best environmental practices.

Switzerland takes pride in promoting green tourism, maintaining the integrity of its country side and conserving its biodiversity.

Major environmental pressures in Denmark arise from its intensive agriculture sector, transport sector and energy supply sector which relies heavily on fossil fuels. They have well established environmental plans and policies which are efficiently handled by local authorities and fully supported by public opinion.

As seen above there are various factors that help a city or a country to tackle pollution on various levels. The state of economy, the priorities of the government, and the cooperation of the public are a few. For some, international cooperation and relations also play a part in global changes like climate change. Two or more countries may share borders or common water resources where trans- boundary pollution occurs. This also happens across seas and oceans where pollutants are carried across by ocean currents and winds. Imagine the state of a country like New Zealand which has to bear with space shuttle debris that fall into its waters, but never sent one into space itself. Though this is almost comical, it is still heartening to see countries and people setting policies into place and taking action to combat pollution. It is just as encouraging to see international cooperation in matters of building each other up for a common cause.