What is Ocean pollution? Its causes & preventive measures

Ocean pollution is a kind of pollution about which we cannot forget. Because, at the end or ultimately all pollution tends to get reach the ocean, contaminating it to a very great extent. We shall detail about Ocean pollution here with the causes or sources of it with few preventive measures to reduce ocean pollution.

What is Ocean Pollution

One of the majestic sights in this world is that of the ocean. Just like being in a forest or on the top of a mountain, standing before an ocean, on a sandy beach fills one with awe. The power and the roar of the sea fills one’s senses, calming the spirit and then you feel everything is is still good in the world.

But is everything right with the oceans? No it is not, yet the ocean is like a defiant woman who still roars, still trying to protect and provide for those who are dependent on her, paying scant regard for the damage that has been afflicted on her. 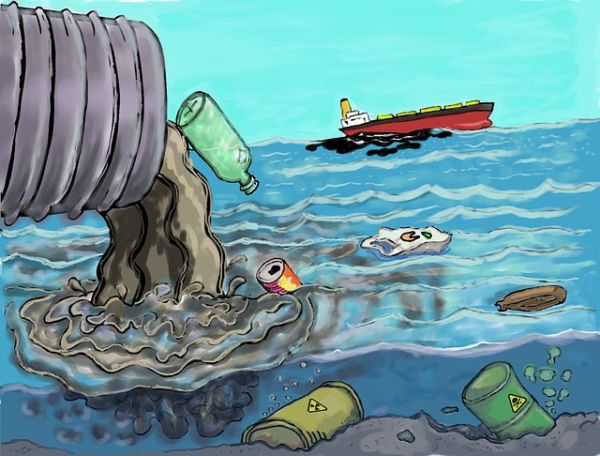 The earth has many resources. The oceans are the most vast and abundant. They provides home for hundreds of species from the smallest to the largest animal in the world. By its currents and continuous movement, it distributes temperatures evenly all over the earth. From the power of its waves and deep currents energy is harnessed for generating clean power supply. It is a transportation channel with many thousands of ships carrying every kind of goods to and fro between countries.

It has not been spared of the polluting activities of humans. It was considered so vast that people thought that they could dump into it and it would make no difference. Recent discoveries have shown that accumulation of garbage has severe implications on all the ecosystems not just the oceans themselves.

Introduction of harmful substances that are not normally found in the ocean adversely affecting the aquatic environment and its inhabitants is called Ocean pollution.

How are we polluting the ocean?

Most of the contamination found in the ocean originates on land. Debris is carried to the water in runoff from the land. Other times wastes are purposefully disposed of in the oceans by the large and small ships. The ocean has become a large bowl of garbage soup. Ocean environment includes beaches, coasts, oceans, sea floors and inland waterways

Ocean pollution is the child of land pollution in a way. That is the contamination of ocean starts from the land. The wash off all waste from the land is taken to the sea making the sea the worst. All other kinds of pollution such as air or environmental pollution are also the add-ons for the ocean pollution.

Each citizen has the responsibility of keeping his environment clean and fresh. It is not another person’s responsibility alone to keep our Earth green and tidy. When each one extends and fulfils their duty of preventing pollution, then we can at least dream of a green earth.