What is smog, its causes and effects

We had talked in detail about air pollution and its causes. As we have seen in it, smog is an air pollutant. So what about Ozone? Let us study smog and also the link between ozone and smog. The geographical and climatic conditions, its causes, effects on human and the prevention and control measures are being discussed here.

It is not unusual to wake up to news of zero visibility in our cities early morning, which persists throughout the day. Air traffic is affected, traffic jams prevail, and breathing becomes difficult. We come across such visibility issue news very often nowadays.

Air pollution as we know is caused by addition of harmful chemicals into the atmosphere. These chemicals are the by-products of our coal burning, power generating industries, exhaust from the numerous vehicles that run on our roads, many different gases released from various processes of manufacturing. All these are moving around in our atmosphere leading to phenomenon like Global warming, Acid rain, Smog, Eutrophication and others.

In this section let us discuss Smog in detail.

Long ago, the word smog was coined as a combination of two words- smoke and fog. It was used to refer to the condition caused by the mixing of smoke caused by the coal burning and fog in European cities. But in more recent times the word smog refers to something different.

Smog is a mixture of air pollutants, mainly nitrogen oxides and some organic compounds, which combine in presence of sunlight to form Ozone. The Volatile Organic Compounds can come from various products we use daily such as paint, hairspray, charcoal starter fluid, chemical solvents, and even packaging plastics.

Ozone is a molecule (allotrope) of Oxygen which is beneficial for us. A layer of ozone is found in the stratosphere, about 20- 30 km from the earth’s surface. The thickness of this layer varies over geography. It absorbs harmful UV radiation from sunlight, not allowing it to reach the Earth. UV rays cause skin cancers and the ozone layer protects us from it. 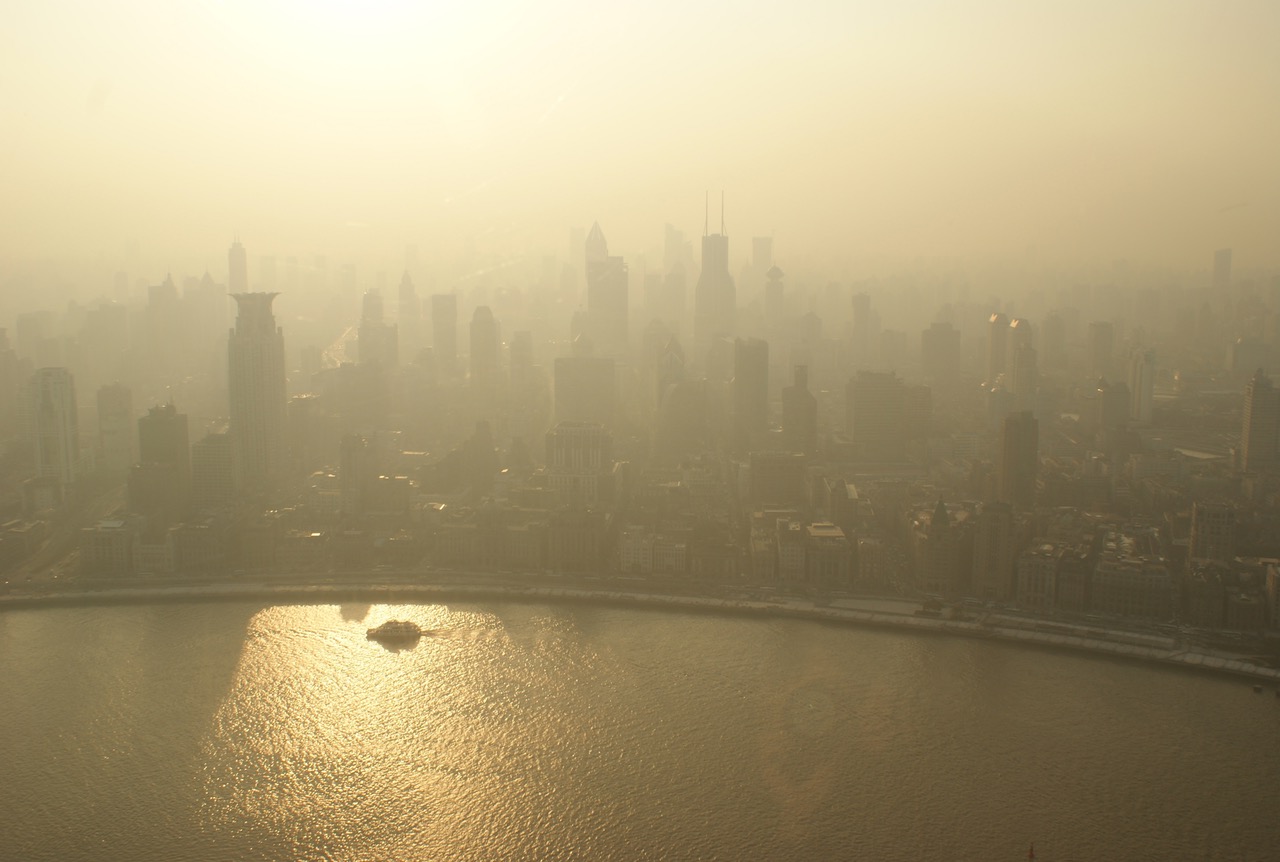 But Ozone formed from air pollutants in presence of sunlight close to Earth’s surface is harmful to us and the environment. It hangs like a haze over the cities especially industrialised ones.

When temperature inversion occurs, the cold air stays where it is, trapping the air pollutants with it, close to the Earth’s surface. There is a heavy concentration of pollutant laden air which causes adverse effects on the human health and environmental damage.

As discussed, smog is an air pollutant mixture of nitrogen oxides and some organic compounds that reacts with the sunlight to create an ozone layer in the ground level.  The main causes of smog are:

It is also said that some plants that have radiocarbon content emits more smog causing agents than that of fossil fuels. Being it a natural phenomenon, humans are not responsible for it.

The Environmental Protection Agency (EPA), the US federal agency has set Air Quality standards to assess the levels of air pollutants in various places and provide guide lines for the effects of that pollution on human health.

The Pollutant standard Index is another relative scale of air quality that applies to all pollutants.

The pollution monitoring agencies have set guidelines and strict regulations to control the emission of air pollutants.

Keeping track of weather forecasts the weather department may be able to forecast the occurrence of smog in an area.

As always it is the poor and marginalised sections of society that get affected most in all cases as they do not demand their rights, do not have access to quality medical care, and their voices are not heard in public debates. It is not feasible for them to move to cleaner surroundings leaving their sources of income.

It is not easy to escape the consequences of industrialisation. Our need for comfortable living and the availability of resources that we have taken for granted, makes it near impossible to make drastic changes. This is even more so when these changes will threaten the economy. As all countries and communities are now globally connected and interdependent on each other it is imperative that governments get together and have dialogues that lead to positive action without undermining the development of the poorer nations.