We are discussing about wind energy in several topics highlighting, its uses, advantages, disadvantages etc. Let us discuss few facts about it so as to club all under a head. We have made it a point that facts relating wind energy studies, wind farms, wind related jobs and investments, etc are discussed under sub heads.

Wind energy or the energy in moving air is a clean and renewable source of power. Since the turn of the last century technological advancements in designs of wind turbines and government subsidies have been instrumental in increasing the use of wind energy for generating electricity. This is so important in these days when countries are trying to reduce their dependence on fossil fuels and minimise their carbon footprint while their electricity requirements increase. 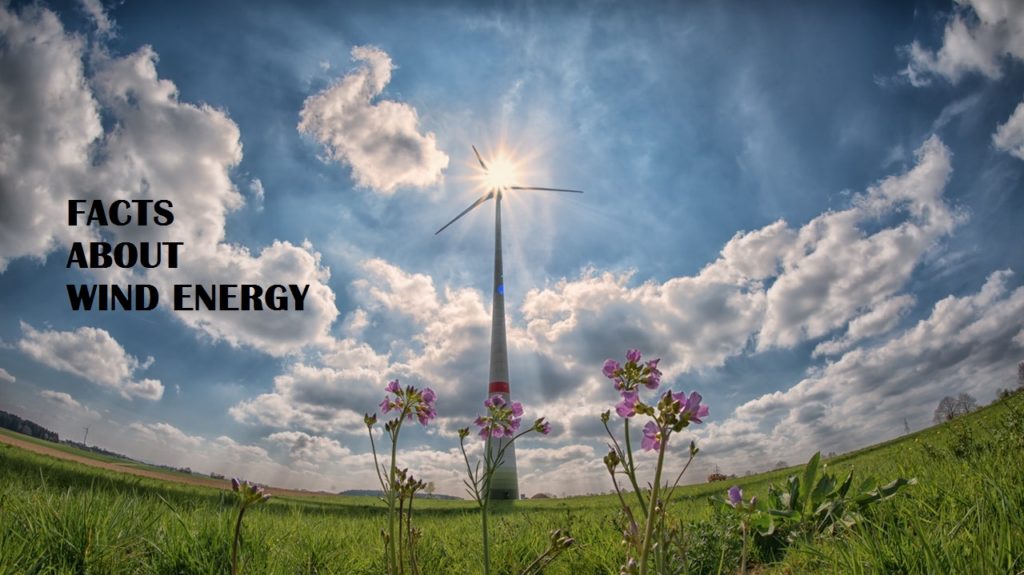 Here are a few facts related to wind energy

Some facts about wind turbines

There have been many advances in wind turbine technology since the first wind turbine was built in 1887 in Scotland. In the US the first one was built by Charles F. Brush in 1887 in Cleveland Ohio. It was considered a giant. Its rotor diameter was 17 meters and had a 144 rotor blades made of cedar wood. Its capacity was 12kW and ran 20 years. The appearance of wind turbines and their operations are vastly different today.

Some interesting facts about wind farms

One may have seen wind turbines grouped in rows on a flat land or on gently rolling hill spaces. These are called wind farms. Earlier these were seen on land, but now they are seen at sea too. These are onshore and offshore wind farms.

According to the US Department of Energy, if the industry stays on track to provide 20% of US electricity by 2030, wind energy could support 380000 well-paying jobs.

Wind energy has great potential not only to provide electricity but also to raise economies. It has been accepted and is being widely implemented all over the world. In our efforts to control global warming, wind energy is one of the good tools to combat it.