What is a windmill and its different types ?

Do you know what a windmill is and what the different types are? Let us, walk detail into the windmill, its evolution and history, and the different types of windmill.  The scope and future is also discussed as well. Wind power is inevitable resource for our future life. It is being used on a very scale since the 18th century, though not for electricity generation. As energy generation has also developed from wind energy, its range has gone so wide.

What is a Windmill?

Windmills are those machines that help us harvest the wind energy to produce electricity. Windmills convert the kinetic energy of wind to electricity. They were globular during the eighteenth century in and around Europe.

The main parts of windmills are its blades, also called vanes. These blades are connected to a shaft, which is straddled on a tower. Blades rotate due to wind and thereby turning the shaft. While looking into the history, windmills are used for grinding grains or pumping water.  The modern era paved way for wind turbines, which are exclusively used for producing electricity and wind pumps for pumping water. 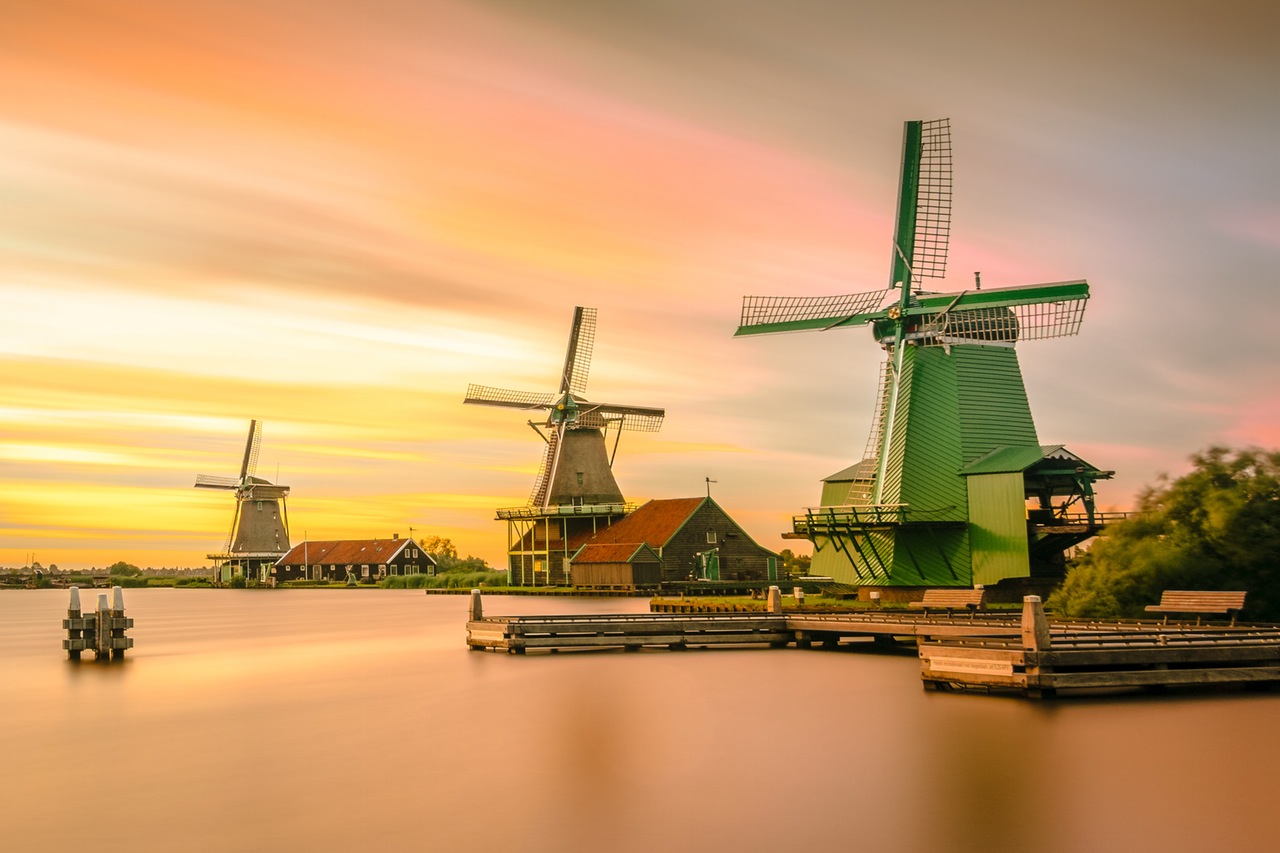 Windmill is in use from the ancient times as man was using it since the 1st Century.  The first windmill originated in Persia and it was used for pumping water. It had around six to twelve blades that were arranged and attached to a vertical shaft. Initially it was used for pumping water but later for grinding grains to powder.  The first windmill use in China is recorded in 1219 AD.  The most wide spread usage was for vertical axis windmills.

Further, the windmill fervour was widespread in Europe but unlike in China, Europe witnessed the growth and usage of horizontal axis windmills. In horizontal axis windmill, it has a cog and ring gear which is attached to the shaft that holds the blades on the other end.  The cog and ring gear helps the shaft to move in vertical rounds, enabling the purposes for which it runs. The Dutch and English brought in a revolutionary change in the structure of the windmills. This drastic change paved way for the improving the efficiency of windmills. The whole design of the mills was changed and tower mills were hosted.   Introduction of tower mills brought in to the understanding that the mill has to be placed permanently in a place and also vanes to be in the wind. Automation controls were also introduced in by the English.

The 19th century witnessed the steep deterioration of windmills due to the steam power development. Before this decline, its wide use had been extended to powering saw mills processing spices, tobaccos etc. Even the large windmills faced decline, the small windmills were flourishing because of its purpose of pumping water in fields.

In the 19th century, America restructured the windmills, giving birth to two types of windmills that are still in use. They are:

These windmills were preceded by the design Halladay windmill of 1854. United States perceived more than six million windmills between the 18th and 19th century.

There are two types of designs in windmill:

Let us go into its description one by one.

The vertical axis windmill is called as horizontal windmills. Thus please do not confuse yourself with both the names as if you miss the word “axis”, the whole idea and meaning will change, giving you the antonym.

Horizontal axis windmills won the hearts of many due to its efficiency and productivity. It is known for its elasticity design as it harness more wind and easy for the operating person to change the direction according to the wind flow.

It was the most old horizontal axis windmill. The unique feature is that it is mounted on a single vertical post, on which it can be turned. It was named post mill as the most significant part is the post on which the mill is turned. In earlier times the post was concealed on an base which was replaced by a wooden support called trestle. Trestle, being wooden requires protection and thus surrounded by a round house.

The 19th century saw the decline in Post mills when they were replaced by other powerful windmills such as tower and smock mills.

Smock mills are those horizontal boarded towers which generally have six to eight sides. The name got originated from the shape of its body as it looks like a smock.  This part of the mill is thatched and will be round shaped. The main feature of the smock mill is that, the top part of it is flexible. Thus, this part can be moved around according to the direction of wind, while the other part remains stable. The main body part being stable, it can be much bigger and taller. As we know, the taller the tower, the more wind it could harvest. The productivity will be always high.

Tower mill is very similar to that of the smock mill. The only difference is that the body of the tower mill is made of bricks or stones, making it very strong and resistant. Like wise in smock mill, only the cap will be flexible. The durability of tower mills always ranks high along with the efficiency. The body can be built in any height since it is made with the stones or bricks.

Fan mills are small windmill designs for single use purpose. It has four to twenty bades and mainly used for pumping water.

There have been many improvements and restructuring happening on windmills but only the raw materials have undergone a change. The initial structure that was built in the 18th century remains unchanged till date.

Though there was no change in the structure, the purpose for which it is used has endured a spectacular move. The windmills developed to be wind turbines for harnessing the wind power for electricity. There was so much research going on in the US for developing the wind turbines for making electricity.  Also, United States have setup copious wind farms across for exploiting the wind power.  Thus, there is no future for man without the exploitation for the clean and readily available renewable resource.