How to Eliminate Pollution ? Its criteria and methods

The ideal of a pollution free world is just that; an ideal. In reality pollution is so widely entrenched in our environment that we can easily say let’s throw in the towel, eat, drink and be merry, and wait for the world to fall on itself.

But that wouldn’t do. We are after all the custodians of the Earth. It is in our deep collective conscience to be caring and nurturing. It is only the bad habits that we pick up along the way that need changing. Being laidback may feel good, but being proactive will nourish our souls.

Pollution may not be eliminated but it can be controlled and reduced to an extent. The earth with its natural cycles of self-cleansing and survival will aid us to heal itself. 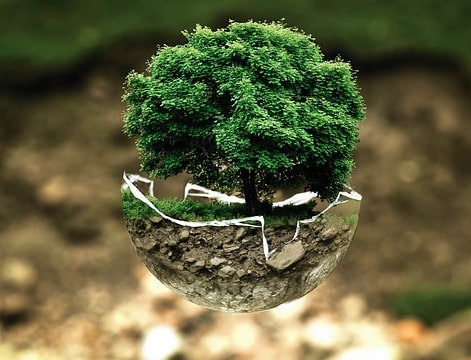 Controlling pollution is taken up on various levels. From the individual to the governments, everyone has a part to play.

Sometimes trying to control pollution can work out adversely for some sectors. As in the agricultural sector the main pollutants are the over use of chemical fertilizers, pesticide, ripening agents and other chemicals. Completely cutting these off from use will affect crop production and food availability. If the pests are allowed to infest the crops the yield will decrease and food prices can go high. This can affect the livelihoods of the farmers.

A better solution would be to reduce the quantity of the pollutants being used, to shift to less toxic materials. Thorough study and data must be collected to make right decisions. When these decisions are made strict government regulations can be implemented.

Data collection is usually collected as a comparison between polluted and non-polluted areas. Sometimes this also proves difficult when pristine environments cannot be located. Another difficulty faced is when data on how the environment was, prior to being polluted, is not available. The severity of the present level of toxicity cannot be properly assessed then.

Data collection has been restricted to industrial, agricultural and laboratory chemicals and government regulations for these are implemented. But there is a deficiency in the awareness of the waste products produced by household and medicinal products. As the level of toxicity is not as vast as in commercially produced contamination, it has been neglected.

Pollution is controlled in two ways:

Treatment of waste is effective in point source of pollution.

Degrading Toxicants Biologically With the Help of Microbes And Fungi

If these methods are perfected this will be effective in removing organic solvents used in commercial and household use, medicines which are not fully digested, most other organic compounds which are found accumulated in waste disposal sites and sewage systems.

Another area where using microorganisms will be effective is in degrading the agricultural pollutants found in the soil. Change in acidity or absorption in the soil can help lower the availability of toxicants, but extra monitoring and security is considerably needed to bring assurance to the citizens that there will be no return of toxins into the environment.

Ammonia, Cyanide and metals such as Copper, Cadmium and Mercury are some inorganic pollutants found at the point source of pollution and the effluents must be treated with microbes to clear these inorganic toxins.

Once a site has been cleared of its toxicity, the ecosystem can be reconstructed. Mammals, amphibians and fish have their own means of travel, yet many need connecting routes between sites. Insects and microbes which are a vital part of any ecosystem rely on wind, rain, drift and transportation on other organisms.

Often habitat fragmentation occurs. This means if there is an industry built on a site; it will slowly lead to urbanization of the area. Residential spaces, roads and other infrastructure come up where the workers and families will live. This leads to fragmentation of the original ecosystem. Other times there will be loss of large numbers of certain intermediary species which also affect recolonization. In these cases careful human intervention will be needed to introduce necessary organisms and reconstruct the ecosystem.

As the governments, corporations, organisations and consumer forums work on a higher level of research and regulatory mechanisms, the individual also can play a role in reducing the amount of pollution by simple habits. The following is not an exhaustive list but a starting point.

As awareness of one’s surroundings increase and the human nurturing spirit is rekindled, one will naturally replace destructive habits with better ones. With the collective conscience of the people, the environment can be brought back to thrive.