Interesting facts about Plastic pollution & how to reduce use of plastics

Have you thought about a life without plastics? It may be difficult to adjust with such a life but if there is no plastic, then half of the issue due to pollution will be solved. We haven’t found a permanent solution for plastic pollution; even though studies have proved wax worms eat plastic. So it is better that we reduce the use of plastic in our life. Here in this topic, we will discuss about the steps to reduce the use of plastic and also few interesting facts about plastic pollution.

As the name suggests, plastic pollution is the pollution caused by plastics to the environment. Even though plastics are of great use, it can seriously cause harm to the environment. Over the years, plastics have become a part and parcel of our lives. It is impossible to live without using plastics. After the use of plastics, it is thrown away in the trash and finally gets piled up in the landfills. Mostly plastics are non biodegradable. In the landfills it is either buried or burned. If these plastics are burned, it can even worsen the situation. All toxins get absorbed by the atmosphere and increase the amount of carbon in the atmosphere. This in turn adds to global warming and drastic change in climate. Burning of plastics can also cause severe health issues in humans. Respiratory issues, skin allergies, lung disorders and cancer are some of the ailments caused.  This topic deals with how to effectively minimize the use of plastics and some interesting facts about it.

HOW TO REDUCE USE OF PLASTICS 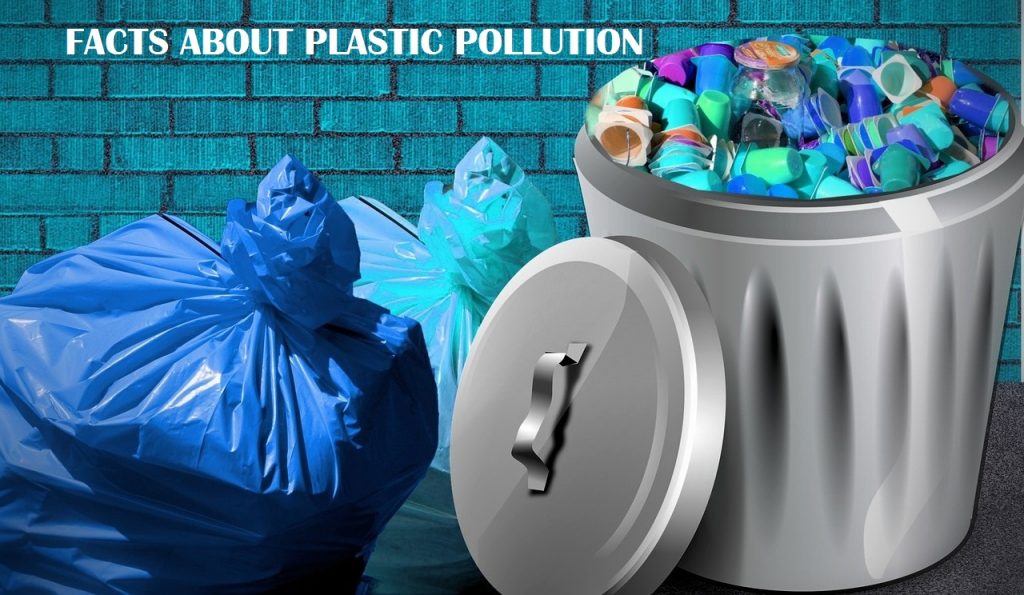 Thus to conclude, plastic pollution is a global issue that should be given atmost priority. If all the above mentioned steps are followed, plastic pollution can be reduced considerably. The 3 R’s that is reduce, reuse and recycle should be effectively practiced. More people should be made aware of the issues caused due to plastic pollution. The government should make strict laws regarding the use of plastics. Dumping plastics should be completely banned. A pledge should be taken by all citizens of a country not to throw away plastics and give them to recycling centers. This in turn can save the environment and the natural biodiversity.