A solar or photovoltaic cell is an electrical tool, which transforms light energy into electricity using the photovoltaic effect. The electrical features of a solar cell, which is a kind of photoelectric cell, include voltage, current, and resistance, and differ on their exposure to light. Solar cells are basic elements of photovoltaic modules or solar panels.

Different kinds of solar cells include the following among all others:

Most of the solar cells consist of some or the other kind of silicon. In fact, almost 90% of all solar or photovoltaic cells contain silicon. The efficiency of a solar cell to transform sunlight into power is directly proportional to the purity of their silicon molecules. Also, the better the efficiency, the more expensive the solar panel is. However, this aspect must not be the deciding factor for choosing one type and not the other.

Apart from the hybrid version, solar panels are mainly categorized into three types in commercial production. All three types are silicon semiconductor-based. 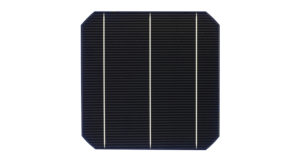 These solar panels are made using thin wafers of silicone, which are taken out from artificially grown crystals. Single crystals developed in isolation help create these cells and make them the most efficient ones. This is why these are the most expensive among the other types. As compared to their counterpart polycrystalline cells, monocrystalline solar cells are almost 35% costlier and offer an efficiency rate between 15-24%. 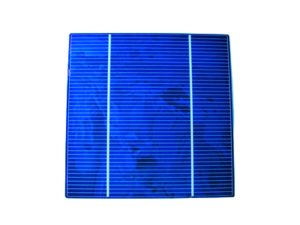 Polycrystalline solar cells are also made using thin silicon wafers derived from artificially grown crystals, with the only difference being that these are not single crystals. Rather, they use multiple interlocking silicon crystals propagated together. Their production is, therefore, less expensive and they offer an efficiency rate of 13-18% as of now. 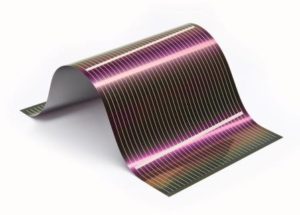 The cheapest form of solar cell is amorphous solar cell. These are newly introduced cells which are produced in a unique manner. These avoid the usage of crystals. Instead, their production process involves thin silicone deposits on a backing substrate.

Amorphous solar cells offer two major benefits, viz. flexibility to solar cells with their extremely thin silicon layer, and higher efficiency in low levels of light such as during winter.

But, while these promise the aforementioned benefits, they also compromise on efficiency. They offer the lowest efficiency rate of 7% – 9% as compared to the other two types. Thus, these require almost twice the panel area for yielding the same output. Until now, they do not even have an approved production technique across the industry, and so, these are less robust as compared to the other two types of solar panels.

If one is to choose the best, the polycrystalline cells prove to be the most suitable for the majority of installations owing to their value for money, design and efficiency rate.

How does the type of solar cell make a difference to you?

Deciding what type of solar panel you should install is important since you need to consider certain factors such as your property size, roof angle and direction, and reasonability of major solar panel materials.