Endangered Species Due To Pollution

Any ecosystem can be affected by multiple types of pollution. Just as human health is affected by different toxins, plants and animals are also affected. Toxic chemicals are found in pristine forests and the blood of Arctic animals. Litter is found floating deep in the oceans far away from any land. Light and noise pollution is affecting the routine patterns of birds and animals.

Toxic chemicals, organic and inorganic contaminants enter the organisms through absorption by skin or ingestion of polluted food and water. Animals higher in the food chain accumulate these toxins in higher and higher concentrations. This is called Bio-magnification. When the higher level predators have higher level toxins, they are likely to suffer the diseases, birth defects, genetic mutations and other deleterious effects.

Water pollution reduces the quality of the water. the pollution can even be radioactive in nature. Dead Zones are a feature of eutrophication. This occurs when algae blooms proliferate over a body of water and suck out all oxygen from the water. No other organism can survive in these Zones. These harmful algal blooms are also called red tides or brown tides because of their appearance in the water. 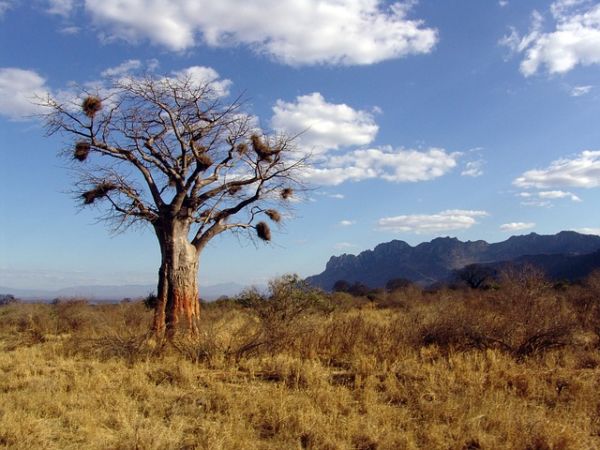 Acid rain which occurs as a result of the mixing of sulphur dioxide in the air and water vapour and its precipitation, changes the chemical composition of both soil and land. It leads to the death of fish and on land it affects the growth of trees.

Garbage patches in the ocean are large areas of floating debris primarily consisting of plastic. These accumulate in ocean gyres carried here by the ocean and wind currents. They make the oceans toxic; they damage corals reefs and entangle small and large animals in the debris. Whales, seals, walruses, dolphins, manatees and penguins are affected by the plastic debris in the seas. Even microscopic organisms such as krill and zooplankton consume plastic debris and pass it up the food chain.

In the Arctic the sounds of oil and gas pollution are so loud that many sea mammals and other life forms have difficulty breeding and feeding. Light pollution disturbs the normal rhythms of animals and birds just as it does to humans. Hundreds of migratory birds are misdirected from their normal routes by city lights. Turtle Hatchlings die every year as they move towards lights along the beach opposite to the direction they are supposed to take to the sea. Many insects are attracted to the street lights in the nights and their populations are on the decrease.

As habitats shrink in size due to human encroachment the animals live in more crowded fashion. There are negative effects such as lower nutritional condition, reproduction and survival. The polar caps in the Arctic are shrinking due to global warming. The ice is melting at a fast rate. The hunting and transportation opportunities for the polar bear are shrinking. Shortage of space affects feeding and reproduction routines of these mammals. Loss of forest cover leads to the reduction of several beloved species such as the tiger and the panda and scores more all over the world.

In Asia wetlands face multiple threats as large scale reclamation, pollution, and deforestation are causing them to shrink. These directly and indirectly support millions of people by providing ecosystem services such as protection from natural hazards, ground water recharge and discharge.

Wetlands are a temporary and permanent habitat to a variety of plants fish and wildlife as mammals’ amphibians reptiles and birds by providing food, habitat, breeding grounds and shelter.

As a part of pest control many times new species of plants, insects, animals and even insects are added to the ecosystem . These compete with the beneficial species for food shelter and all other resources. They can also introduce diseases to which the native species are not resistant. Hence native species decline in number.

Endangered refers to those species which are close to extinction. Endangered is next in line to critically endanger as considered by the International Union for Conservation of Nature.

Endangered species in the US are the bald eagle, American bison, grizzly bear, eastern timber wolf and sea turtle. Large whales like the blue whale, bowhead whale, finback whale, grey whale, sperm whale, and hump back whale are part of the list. Overhunting combined with climate change and loss of habitat are leading factors in bringing a species into this list.

In the high altitudes of South America the Golden toad has become extinct because of pollution, global warming and fungal infections. Many species of amphibians have been lost so far. They are very temperature sensitive and are also affected by the toxins in their water sources. As insects populations reduce the frogs’ food sources are also depleted.

Usually much attention is given to the larger mammals like the tiger, elephant, bison whales etc. insects are not usually noticed in this scenario. But just like plants insects are also a foundation block for the food chain.

Roughly 600 species are at risk of extinction, of these 48 are in the US alone. In tropical countries when insect species go extinct many higher species will disappear at the same time. Some of the endangered insects are varieties of beetles, moths, butterflies, and flies. Plant eating insects perish when the plants they feed on die off in large numbers.

In the same way plants species are also getting extinct. Plants are the basic food source of many big and small species. They bring variety and colour to the world. They are used as raw material for a host of human needs. They provide shelter for many birds’ insects and animals. Medicinal plants, plants for fibres, wood, latex, rubber, and many others are affected by pollution of the land, air and water. climate changes, droughts floods, natural and man-made disasters all affect the flora in various ways. Pests and diseases also cause decline in the plant population.

Some of the disappearing plants are

As noted the plants and animals in the world now are only about 50% of what was 75 years ago. Given another half of a century the remaining half is also likely to vanish unless strict rules and regulation are not enforced. The glorious beauty and bounty of nature will be faded images on the TV, if humans as custodians of the Earth will not take matters into hand with responsibility.

As nature gives and gives us more without holding back, as human activities bring about changes and losses to it, this can result the release of her fury which is just as powerful as her love. We must learn to respect her through our actions.